A Daughter's Memoir: Fatima Bhutto's Apology for the Misrepresentation of Her Father

esearch expThe present research explores how Fatima Bhutto has glorified her father's political image while defending his political actions and challenging his misrepresentation. In her autobiography Songs of blood and sword: A daughter's memoir (2011), Fatima discusses his father's assassination and tries to eliminate the misconceptions connected with his actions. She narrates the heroic actions of her father that he undertook to rescue his father, Zulfikar Ali Bhutto, from the military regime of Zia. The textual analysis has been applied as a research method. Some extra-textual knowledge such as graphic representation, cross and historical references, and narrative strategies of the narrator has also been employed to analyse how a daughter has defended her father's political vulnerable image. Smith and Watson's Autobiographical theories are applied to analyse the auto/biographical features of the narrative. The research explored that Fatima's self-narrative is father centred, and research findings guide that it is an amalgamation of praise and blame. The study concludes that Fatima's narrative is defensive for his father's political portfolio. She resolves whatever reality of her father she comes up with within her investigative self-narrative, her reverence and love for her father will remain unconditional. 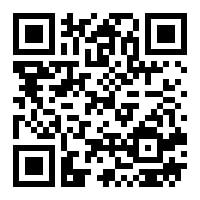