Zoomorphism is the literary Greek language term used for animal characteristics in people, divine creatures, and lifeless things that are not animals but act like animals. This research paper deeply analyzes the text of "Moth Smoke" which is written by Mohsin Hamid. The present research aims to explore how Zoomorphistic interpretations are created in literary content. The study uncovered the secret nature which is hidden in the habits, manners, and attitudes of the characters which whom they work in the story. The complete text of Mohsin Hamid's novel, "Moth Smoke" (MS), is the primary data analysis source. The researchers investigated the flying little bird Moth's attributes which exist in the various characters of the novel as applied to "humanized" animals. The present study presumes that the zoomorphism strategy can work as an analytical tool in the linguistics analysis of literary text which also can work as a useful systematic analytical tool for the consideration of a scholarly text of the novel's characters in Moth Smoke with the instinct of Moth. 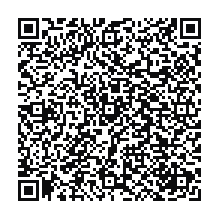 Pakistan, Anti-Americanism and Talibanization In "Three Cups of Tea"

This study investigates the portrayal of Pakistan and Talibanization in American writer, Greg Mortenson’s Three Cups of Tea (2006). The study reveals how Mortenson treated Talibanization and anti-Americanism in Pakistan during his travel and stay in Pakistan. The text was analysed thematically through Braun and Clarke’s model, using Edward Said’s concepts of Orientalism as a basic framework. The selected work depicts that Talibanization and anti-Americanism as depicted by Mortenson do not correspond with the timeline of the travelogue. Moreover, unlike his claim of Pakistan is a dangerous place, he has been welcomed by the public and left totally unharmed. The only instance of hostility (his abduction) was unrelated to his nationality and Talibanization. To make his work more relatable to the time of its publication, the author has been involved in overstating as well as deliberate additions of events. 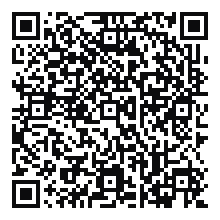 In English language education, the choice of an appropriate English language variety to be used in the classroom for second language learners becomes a controversial issue due to the global spread of the English language. This study aims to solve this puzzle of selecting which English language variety be used in universities of Khyber Pakhtunkhwa. Most of the work focuses on learners and teachers’ attitudes towards varieties of the English language. The proposed study uses a mixed-method research design to obtain data. A structured questionnaire and a semi-structured interview have been selected for 78 lecturers. 46 EL instructors from KUST and 32 EL teachers from KKKUK completed the questionnaire. The study identify that English language teachers belief in British and Pakistani English's as the best varieties, while they have some positive attitude towards American English variety. The study finds out the clear differences among teachers attitude between two different groups.

The Psychological Aspect of Colours in Marketing: A Multimodal Critical Discourse Analysis

Choosing a colour for designing a product and its packaging is one of the most crucial marketing strategies for attracting consumers in all businesses (Amsteus et al., 2015). This research offered some thoughts on the selection of colour in marketing, bearing in mind which colour attracts consumers' cognition and psyche. To know the impact of colours, multiple images of various products were taken as the source for critical discourse analysis semiotically to demonstrate how colours play a vital role in conveying a predetermined message. According to Khattak (2021), within 90 seconds, consumers can make their decisions regarding products while just seeing the product packaging colours. Approximately 62 to 90% of how consumer views product is based only on colour perception. This study determines the role of colours in designing a product and its packaging
for attracting consumers' attention. According to the findings, colours are crucial for the psychology of marketing to engage consumers. 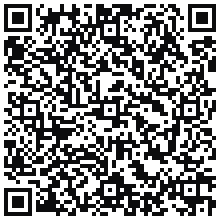 This research sheds light on SusancBrownmiller's literary theory "Against Our Will: Women,Men, and Rape" in the context of Bapsi Sidhwa's, novel ‘Water’. Rape is one of the most horrific crimes in our culture, and victims are often the only ones who are negatively affected by it. The evil of rape has so drastically affected the lives of women in a patriarchal society that it is no wonder to find its clear depiction in literature andsociety. The novel ‘Water’ (2006) has highlighted child marriage and the unprotected sorrows of Indian women before independence. This study examines how marriage becomes a turning point in the lives of female characters in the selected text. How they are tortured in ashrams inparticular and the ideological tensions they face in Indian society in general. The study is qualitative in nature, and the tool used for the analysis of the text is Content Analysis. 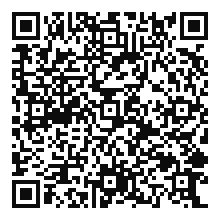 Vaccine Inequality and Hesitancy in Pakistan: a Multi-modal Analysis of Covid-19 Cartoons in Pakistani Newspapers

Political cartoons are humorous and graphical representations of specific situations, events, and thoughts that have the power to change individuals’ minds (Morris, 1992). The present study investigates the humorous and satirical depiction of vaccine inequalityand hesitancy in the Covid-19 political cartoons published in Pakistan. The cartoons have been qualitatively analyzed as a powerful medium for visual communication on the contemporary challenge of vaccination in Pakistan. In total, 8 political cartoons have been purposively selected from four Pakistani English Newspapers. The theoretical notions of Machin (2007) have been adopted to analyze the semiotic and linguistic resources present in the cartoons. The findings show that various semiotic and linguistic resources have been utilized to expose economic discrepancies, the dominant elite, and prejudiced policies of the government as reasons for vaccine inequality in the country. Moreover, owing to various conspiracy theories and anti-preventive agendas against COVID-19, individuals in Pakistan are vaccine-hesitant. 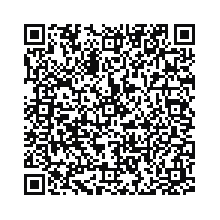 The purpose of this mixed-method design research is to (1) investigate the factors that affect students to regulate their autonomous learning of language through digital literacy. (2) find out how digital literacy can be used to create an equal opportunity for all students to be successful autonomous language learners, and (3) analyze to what extent digital literacy helps students to improve their academic achievement. The quantitative data were analyzed by using descriptive statistics, whereas the qualitative data was processed employing thematicanalysis. The outcomes indicated that the students participated in many out-of-class English learnin practices. The results of interviews reflected the results of the questionnaires, with learners reporting both external and internal reasons that affected their decision to switch to autonomous learning of English. 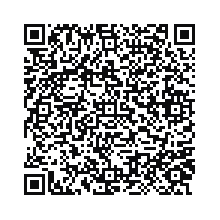 Aligarh Movement: The Torchbearer of Modern Trends in Urdu Literature 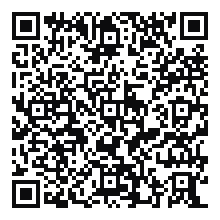 The Morphological Representation of /i:/ in Pashto

Pashto is widely spoken in different regions of Pakistan, Afghanistan, and other countries. Many researchers have studied the Pashto and revealed various interesting aspects of it. However, the purpose of the study is to investigate the use of the morpheme /i:/ as a suffix in Pashto grammar, particularly in nouns (masculine, feminine, singular and plural) and verb. For this purpose, the researchers adopted a qualitative approach and collected data from the native speakers of Pashto. The results of the study showed that the morpheme /i:/ is a very productive process in Pashto in the formation of noun and its plural, and past tense (verb). The results showed that /i:/ cause a morphological change in the root of masculine nouns (e.g., 'zalme' means 'young boy' and 'zalmi:' means 'young boys'), feminine nouns (e.g., 'wana' means 'tree' and 'wani:' means 'trees') and verbs in the past tense (e.g., 'katÌª ali:’ means ‘saw’). The results revealed that this morpheme brings morphological change to the root of the nouns as well because it adds to the category of the noun ‘χa:n’ meaning ‘king/authoritative person’, and the category remains same (noun) ‘χa:ni:’ means 'wealthy/powerful' and the noun ‘É£ari:b’ means ‘poor’ into the noun ‘É£ari:bi:’ means ‘poverty’. 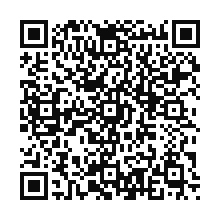 Second-generation South Asian immigrants most often experience cultural hybridity where the task to balance between the home culture and the culture of the new world is gruesome for many. Understanding cultural hybridity signifies that transcultural relations are complex, processual and dynamic (Kraidy, 2002). This paper aims to find out the issues faced by South Asian women in embracing their home culture and its norms completely. It further notices how cultural diversity impacts a South Asian woman in shaping her identity and the perceptions of first generation immigrants with respect to the hybrid culture. The paper tends to observe how the traditional “matchmaking” process in association with marriage in South Asian culture works for a woman in the light of Zara Raheem’s “The Marriage Clock” (2019). A qualitative study is carried out for conducting the research where Bhabha’s “Theory of Hybridity & Third Space” (1995) is employed for interpreting the transcultural relationships present within the book.

This study aims to determine how mind-mapping strategies develop the reading comprehension of English language learners in grades ten and twelve. The study focuses on teaching English grammar and text, keeping in view their textbooks. The researcher has used a quasi-experimental design. The study sample comprised sixty students, thirty from the tenth and thirty from the twelfth grade. Thirty students were placed in the experimental group and thirty in the control group. The experimental group received the mind mapping treatment for one month, whereas the control group was given instructions via traditional methods. The researcher analyzed both qualitative and quantitative data from pre-and post-tests and an interview to test the impact of mind-mapping strategies on the participants' reading comprehension. The data were analyzed through a t-test. The statistical analysis showed a significant difference in the mean score of both groups and showed that mind-mapping strategies positively impact the students reading comprehension. 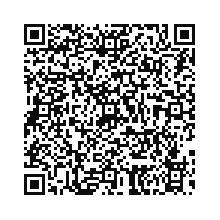 This study focuses on the clash between two civilizations, i.e., Islam and the West in works of fiction that were produced after the September 11 attacks and that deal with the attacks. The novel selected for this study is Falling Man (2007) by DonDeLillo. Through critical engagement by Samuel P.Huntington's "The Clash of Civilizations", this study tries to discover how the clash has been presented in the novel. The conflict portrayed in the novel has been analyzed qualitatively through Miles et al. 'Noting Patterns and Themes' and by using archival methods. Islamist terrorism, Religion Islam, Financial opportunities, and Western Imperialism are depicted as the bone of contention between the two civilizations. The writer tries to resist the notion that Western civilization is imperialistic and portrays Islam as a religion advocating terrorism. 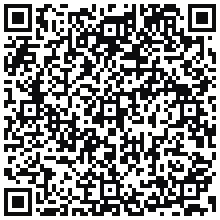