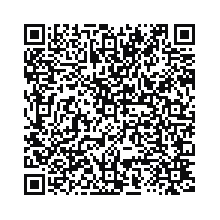 Problem of Learning Contents through English at BS Level: A Case Study of Agriculture University Peshawar

The present research relates English language teaching (ELT) effects on learning contents at the BS level in our province. It shows that the contents in syllabus teaching affect the communicative ability of the students. It also explains the teachers’ effective delivery of the required knowledge to the learners. The survey method was adopted for this study. Agriculture University Peshawar students were the population of the research. Data was collected through questionnaire.

English has become modern world need. It is the world language. English is spoken as a native, as a foreign or second language across the world. In powerful nations of the world like the United States, New Zealand, Australia, United kingdom, South Africa, Ireland, and in many other countries of the world, it is spoken as native language. Commonwealth countries such as India, Pakistan and Bangladesh use it as an official language, and it is also the language of education in schools, colleges and universities. People have learnt that learning of English is very important for their bright future. It is the language of world media, higher education and a source for an attractive job. English literature is also very important because it expose us to a variety of experiences. Due to the internet it has expanded its domain throughout the whole world. According to Crystal (1995) “most of the scientific technological and academic information in the world is expressed and communicated in English and over 80% of all the information is stored in electronic retrieval system is in English.”

What are the problems faced by learners in English language teaching process at BS level?

ELT does not produce the required result at the BS level in KPK. Books are not according to the needs of the learner’s communicative ability. Since the beginning of BS programmes in the Universities, there have been made no changes in the suggested books for English at BS level. Although the course is only theoretical and much focus is on grammar, still the authorities consider that at the end of the course the learner will be able to communicate in English properly. At intermediate level most of the time teachers are not trained or aware of modern teaching methodologies. While at BS level in the university, they are taught by trained teachers who are well qualified.

At BS level most of the time students are set free, and teachers do not interfere in their learning process, as the students are used to at intermediate level. They take guidelines which mostly do not fulfil their academic needs; students are at their own mercy. Thus they start cramming from different helping materials, easily available to them, which cannot provide them with authentic knowledge.

Communication is the basic aim of any teaching language, which requires command of four skills such as listening, reading, speaking and writing. Since lecture methods are used in the language classroom at this level, interaction is lacking which  is considered the most important factor  in language learning. Due to no interaction the learner always hears rather than speaks and thus his communicative ability remains undeveloped.

Three different variables are observed regarding ELT. Some colleges focus on English language, some use the Urdu language and ignore English language, while there is another most crucial set up which use regional languages as a medium of instruction in their teaching.  in such schools English is willingly ignored or given less importance in getting theintermediate certificate. These three categories of institutions provide learners for the BS level. As they are from different backgrounds and medium of instructions,their problems also vary at BS level.

At BS level, different factors are observed related to ELT. The first and most important factor is syllabus which includes course contents, the second role is of the teacher who functions as a guide,the third is the institution or place of reading, the fourth is information about the learner and last but not the least is the exam, to know about learner ability. All these dimensions need a smooth combination or balance to produce good or successful learners of the language after BS level.

Human beings communicate with one another by using written or oral language. Language is a system of arbitrary vocal symbols which enable human beings to have interaction with one another in a society. According to Chomsky (1988) “the learning of a language is an exclusive faculty of human beings and does not exist in any other species, although animals like monkeys, dolphins and some other can communicate through language, but they cannot use language as creatively as human beings. They can communicate only in a fixed way through the help of certain specific signals .The language faculty appears to be a property common to the species and unique to it in its essentials.” However, Krashen and Tervell (1988) state “language acquisition can only take place when a message which is being transmitted, is understood i.e. when the focus is on the form of the message.” It is clarified that only the use of language, not only rules, is the best way to learn a language.

Learning of English as a Second Language

A second language is acquired or learnt, when one become mature or reaches adulthood. Extra efforts are needed to become a competent speaker of the second or target language or foreign language. In Lado’s (1964) Words

“Learning a second language is more than learning a description of it, it involves imitating, practicing, memorization,listening,interpreting,reading,writing and speaking etc”.

It is empirical research. BS level students studying BS (CS) is the population of this research, in order to get first hand data a questionnaire is made related to the course contents at BS level and related to the methodology used by the teachers in English language teaching, the way they teach mean his teaching style and its effects on learner communicative skills development. Numerical values were used for collected responses of the research population.

Participant data is presented as:

In response to the first question 81% of the learners viewed that loud reading contributes to reading problems while the remaining 19% portion of the population opposed it. 75% learners agreed that slow movement of the eyes also hinders their reading ability while 25% were against it. 66% of the learner population mentioned that they felt hesitation while reading in the class whereas 34% disagreed. 72% of learners thought that a slow reading habit also contributes to reading impairment while 28% viewed it otherwise. 69% of the learners forwarded their idea that lack of vocabulary also makes it difficult for them to read whereas 31% of learner were against this idea. 58% learners thought that lengthy sentences also contribute to reading comprehension problems while 42% opposed it. 70% assumed that lack of grammatical rules also adds to reading impairment while 30% were against this view. 75% supposed that placing of pencil or finger is also the contributory factor in reading comprehension problem whereas 25% were against this idea.

In response to the above questions in the table 68% learners responded that a feeling of hesitation stops them expressing themselves while the same problem is not faced by 32% of the population. 60% learners were in favour of this typical fact that if they speak in English others will laugh at them thus it hinders their speaking ability while 40% of learners were against this idea. 72% noted that lack of information of grammatical rules also causes difficulty for them when they speak in English whereas 28% did not face this problem. 60% confirmed that due to lack of vocabulary they are unable to speak in English while 40% were against this very fact. 63% of learners were in favour of this idea that due to slow thought process of translation from mother tongue they cannot speak confidently or fluently while 37% rejected this idea. 72% noted that due to lack of confidence they are never in a position to utter a single word while 28% opposed the idea. 77% of learners noted that interference of mother tongue also makes it difficult for them to speak in English whereas 23% were against this idea.

60% learners responded that due to lack of confidence they are unable to write whereas 40% considered it otherwise. 62% confirmed that the lack of grammatical rules contributes a lot to their writing problem while 38% percent opposed the idea. Due to wrong sentence writing 58% learners agreed that they cannot write and the rest 42% disagreed. Lack of punctuation knowledge also makes it difficult for 55% of learners to write while 45% were against it. 70% of the learners were of the opinion that slow translation process is the reason of their writing deficiency and 30% consider it otherwise. 56% of learners believed that due to the lack of relevant vocabulary they cannot write appropriately whereas 44% considered it the opposite.75% of the learners were against this idea that due to speaking habits during writing they are unable to write or it make it difficult for them while 25% considered it the opposite.

1.       The learners believed that due to the lack of native accent exposure, the facility  of their listening skills remained underdeveloped. The learner spent much of his time in the home and local society and so there is no use of English .The only source of listening to English was their teachers.

2.       The desired or required level of reading skill was not achieved by the learners according to their response. They felt shy due to weak punctuation.

3.       Most of the learners were not creative in their response to write on new topics due to undeveloped creative writing skills.

4.  A majority of the learners considered it the fact that due to the feeling of hesitation they were unable to read in the classroom.

1.       While designing syllabus the four communicative skills should be given equal importance at BS level.

2.       Native speaking speed hinders listening comprehension of the learners as translation process from English to mother tongue or from mother tongue to English is very slow. It could be overcome by suggesting English documentaries, related movies, English songs and the provision ofmore practical opportunities to directly communicate with natives by using technology.

3.       Student should be informed not to use finger, pencil or pen on the text in order to improve their reading.

4.       Classroom discussion should be made a two way traffic which means thatstudent oriented rather than teacher oriented modern techniques should be applied to invite student participation in the classroom.

5.       Students ideas and suggestion should be appreciated and welcomed.

6.       the use of English outside and inside the classroom should be made compulsory.

8.       While speaking or writing talking bad habits should be curbed because they effects both oral and written communication.

9.       As learners fear that they would commit errors, they remain silent or do not contribute in orals and written communication. This problem should be curbed by giving them more opportunities to use the four skills in the classroom.