Contrastive Analysis of the English and Pashto Adjectives

The paper mainly focuses on the contrastive analysis of the use of English and Pashto adjectives. Contrastive Analysis hypothesis developed in the 20th century from the two renowned theories of language acquisition and linguistics i.e. behaviorism and structuralism. This hypothesis states that the major barriers in the second learning and acquisition process arise from the interference of the first language. Contrastive analysis between languages facilitate the linguists and language teachers in predicting the difficulties a learner may confront through a structural, scientific analysis of pairs of languages (Brown, 2007). The adjectives of English and Pashto have been compared in the paper using contrastive analysis approach. The study finds that there are certain similarities and differences in the use of adjectives in English and Pashto which can cause issues in learning English adjective use by L1 Pashto speakers as ESL learners. 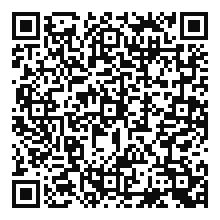