The Portrayal of Traumatic Impacts of 9/11 in Fiction: A Counter Discourse of Third Worlds Female Trauma in Waldmans The Submission

The incident of 9/11 opened up new challenges for the Americans and people of the world. As the terrorists were men, the incident of 9/11 was generally seen as a masculine event thus erasing the traumatic sufferings of women. The present paper is aimed to trace the impact of Western culturally constructed trauma against the third world women. The major theoretical insights have been taken from Kaplan (2003)s Feminist Futures: Trauma, the Post-9/11 World and a Fourth Feminism. The analyzed data reveals that the identity of Asma Anwar as representative of third world women remains unstable. She has been represented as an object of no significance in the American society. We see that Asma Anwar as a woman of the third world had to bear the burden of history as well as her body 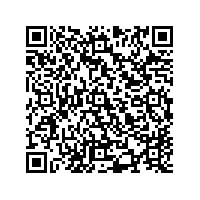