'Half Widows and Half Mothers': Traumatic Voices of Women From the Literary Narratives of Jammu and Kashmir

This study is an attempt to explore the traumatic voices of women as half-mothers and half widows in the selected Kashmiri Anglophone fiction. Since the partition of the Indian Sub-continent, Kashmiris have been subjugated to violence and brutality under occupation. The lives of Kashmiri women have been worse, particularly during the 1990s, when the militancy increased because of hostile policies of the Indian government, which resulted in violence and brutality. Owing to their strength and resilience, the Kashmiri women have withstood the oppressive conditions. Compared to men, they have been at a loss while losing husbands and sons in a blind war of aggression and power. Using textual analysis and qualitative research paradigm, the study is based on Bashir's The HalfMother (2014) through the lens of La Capra's Acting out versus Working through and Caruth's Theory of Double Trauma. The study reveals that women are not only victims but also fighters. 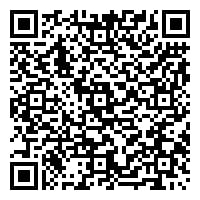