Paranoia of Loss: An Ecocritical Study of Environmental Injustice against Native Americans in Silko's Ceremony

The paper analyzes Leslie Marmon Silkos’ Ceremony (1977) from Buell's theoretical perspective of eco-cosmopolitanism. In Native American worldview, nature holds a special place. The Natives not only identify themselves with nature but also have a life sharing bond of interdependence with it. European colonization displaced Native Americans from their homeland. Their natural resources have been mercilessly exploited since contact resulting in fatal diseases and poverty. The colonial exploitation of nature reached its climax during the WWII. The colonial insensitivity to the environment renders them callously indifferent to non-human life. The earth as a source of life is sacred for American Indians but it was commodified by Euro-Americans who dug up uranium mines for war which destroyed human habitat. The findings of the study reveal that European colonizers wreaked havoc in the Native Americans' life by destroying their environment and mental peace. 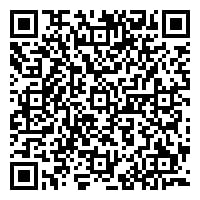