Sketching Women: A Corpus-Based Study of Female Protagonist in A Dolls House

The This paper investigates the words used by Henrik Ibsen in his play, A Dolls House, to portray a female character. The use of adjectives for the female protagonist Nora is of primary concern in this research. The play A Dolls House was downloaded from the internet and used for the corpus compilation, which was analyzed using the corpus tools, AntConc 3.5.8 and TagAnt, and explained with the help of the Feministic theoretical framework. The findings of the study suggest that the female protagonist is a submissive woman of low self-esteem due to the treatment she receives from her husband. This suggests that women were not treated reasonably by men in Norwegian society and are mostly victims of gender inequality because of the patriarchal nature of society. The present study sought to explore male domination and supremacy by focusing on the adjectives used for Nora, the female protagonist. 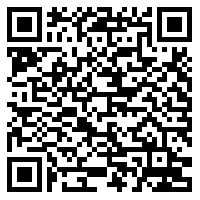