The Genre of Drama had always been reflective of social life. The history of drama is as old as of humans on earth. Saraiki drama is believed to be developed from undeveloped but organized expressions of caricatures; such kind of organized caricature is found still in the local area. It is a tradition that people of the lower caste named Bhaands. This kind of art was established by the people who were very poor, and they used to caricature the rich and gentry to amuse them and other people. The present study is aimed to trace the social realities and their representation in Saraiki Drama. Two Saraiki dramas Roshan Zameer and Qatil e Hamsheer had been analyzed in light of the Qualitative Content Analysis model proposed by Altheide (1996). It has been found that selected Saraiki dramas speak the prevailing ideological, social realities. It is suggested that more studies should be conducted to explore tradition and social realities existing in the Saraiki region so that regional social and cultural traditions may get a voice in international literary landscapes. 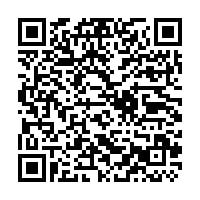